A dialogue inevitably suggests dramatic action, and very early the Church had to face the question of how much or how little "action" could be permitted during the Christian services and especially during the homily. On this subject the Fathers were as divided as any later council on ecclesiastical discipline. With paganism still vigorous and the classical theatre an active, dangerous attraction, the Christian authorities wavered between sweeping condemnation and the desire to provide a counterinfluence and counterattraction.

How insidious and powerful the influence of the theatre was we can gather from the repeated objections of the Church authorities to the popular songs, instruments, and dances which heretics tried to bring into Christian services.

Some bishops were completely uncompromising, others slightly more tolerant. The Council of Laodicea decreed that only the clergy were to enter the pulpit and declaim and sing. Already the controversy over sacred drama had begun.


Happily the Church was able to fight the pagan theatre not only with decrees but with the far stronger weapon of the genius of her own writers, and in the great homily literature the Christian drama developed slowly but surely. The lovely Canticle of St. Romanus of Emesa links together the different episodes of the Nativity and it is impossible to read it and not think of St.

Bernard and Dante. It has a companion in St. Romanus' beautiful Lament of our Lady beneath the cross; if, as it has been suggested, these poems were generally known and sung in Italy in the twelfth century, they may even have been known to Jacopone da Todi, and may be part of the background to his great Nativity and Passion lauds.

The sixth century homily included singing, recitation by one or more persons, perhaps some action; the homilies of such writers as Sts. 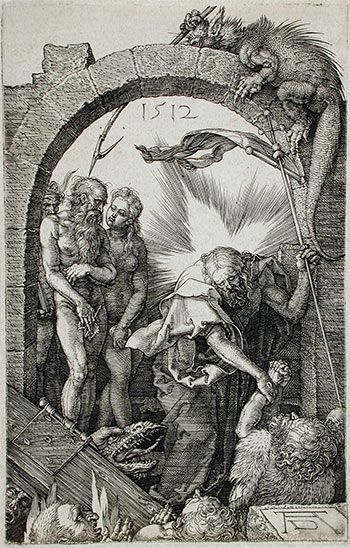 Proclus, Basil, Efrem, or Gregory of Nazianzus were to their time what the liturgical dramas, mystery plays, and oratorios were to later centuries. They appealed to the imagination and emotions quite as much as to the intelligence of the audience which evidently was in the habit of showing its feelings, else why was the deacon told to call for order: "Silentium habete.

It is uncertain how far the homilies were definitely "acted," but with them indisputably the liturgical drama was already born. Gradually there developed a regular cycle of scenes which became the stock-in-trade of every Nativity drama. The scenes were roughly as follows: the Prophets, which included passages from the Old Testament; a dialogue between God the Father and the Archangel Gabriel, in which the latter is told not to alarm the Virgin; a soliloquy of the Archangel before the house of Mary; the Annunciation followed by a dialogue between Gabriel and Joseph after which the voice of God reassures St.

This part of the drama ends with a council of Devils. The second "act" opens with the journey of our Lady and St.

Joseph to Bethlehem, followed by the nativity in the Grotto, the fetching of the midwives, the hymn of the angels, the adoration first of the shepherds, then of the Magi. It concludes with a scene representing the fury of the Devils. The final "act" has the Magi's visit to Herod, his consultation with his councillors, the massacre of the Innocents, the vision of St.

Joseph and the Flight into Egypt, and the cycle is completed with the battle between Christ and the Devil with the final victory of our Redeemer. There is nothing immature in this ambitious spiritual drama which aimed at bringing home to literate and illiterate the facts of the Redemption.

We should like to know, of course, how these dramatic homilies were presented: St. John Chrysostom speaks of our Lady placing the Child in the manger and taking Him on to her knees; and St. Gregory Thaumaturgus finds the sight of the Crib the most eloquent comment on the Incarnation. I see the Child lying in the manger while Mary the Virgin stands by serving with Joseph.

But apart from the altar how was the scene represented; what did the audience actually see? Contemporary iconography helps us toward an answer. They generally show our Lady sitting under a shed, sometimes nursing her Son, or holding Him on her knees, but more often He lies in a basket-like manger between the ox and ass while the shepherds approach from one side and the Kings from the other. With the waning of the Roman Empire iconography changed and the Byzantine tradition of the Grotto became paramount.

Western eyes grew accustomed to seeing the Byzantine Nativity cycle presented in all the arts and it was pervaded by two currents of feeling, the transcendent and the human. Sometimes our Lady sits upright as though to show that the birth of Christ involved no human effort or suffering, or she may hold Him majestically on her knees as the Infant King: sometimes, especially in Carolingian art, the newborn Christ lies, not in a manger, but on the altar with the cross above Him or in His halo; or again He lies in a manger between the ox and ass while the Virgin reclines on a bed- -an arrangement adopted to emphasize our Lord's humanity.

Such variations were never simply the fancy of individual artists but were the expression of a definite theological point of view. We find the recumbent Virgin already on the ivory throne in Ravenna, on the cross in the Sancta Sanctorum of St.

How To: Introduction to Illustration with Alison Woodward

John Lateran, or on the little phials of Monza. These latter are precious having been brought to Queen Theodolinda about A. They have Greek inscriptions and show the Nativity scene with the Magi wearing the famous Phrygian caps. Such phials and relics stimulated the fervour of those who could not travel; how eagerly they must have received the objects and listened to the tales of pilgrims more fortunate than themselves who could tell of the Christmas ceremonies in the Grotto of Bethlehem.

Christians who could not reach Bethlehem in their Christmas services wanted to feel themselves there, and in some mosaics and paintings the figures are grouped in a Grotto obviously taken from descriptions of the cave of the Nativity. It is certainly not to be wondered at that the human aspect of the Nativity should have asserted itself so forcibly.

Tenderness is in each line of the Gospels and of the Fathers, and writers such as George of Nicomedia or Symeon Metaphrastes interpreted the gospel story in such a way as to foreshadow the Italian Trecento, while the Byzantine Baby can sometimes be seen hugging His Mother almost like a Della Robbia.

The age of the Baby is an interesting point: when He lies in the manger there is sometimes the suggestion of helpless infancy, but once on His Mother's knee He is often quite a large Child. Throughout the centuries few artists have faced the reality of the Creator of the universe as a newborn baby. At first St. Joseph does not appear; when he does he is nearly always represented as an old man leaning on his stick; he is the Guardian.

Within a relatively short time the midwives become attendants who are seen giving the Child a bath, while the angels, besides filling the heavens with their praise, sometimes hold the star in place. There is also the very important scene of the annunciation to the shepherds, and in Byzantine art as also later, there is the clear individualization of the shepherds' response to the vision.

The shepherds are shown as simple men in capes and hoods with their dogs, and one of them invariably plays a flute or a double pipe of reeds. This shepherd has come straight down from Arcadia; in classical art he was even crowned with flowers and the first earthly music to welcome the Christ Child was the "pastoral melody" of "shepherds skilled upon the tuneful pipes.

Browse other works by Albrecht Dürer

Until the thirteenth century the Magi were invariably Phrygians, who with cloaks blown out by the wind hurry forward holding their gifts, their pointed caps on their heads, and all more or less alike; in this, iconography took little heed of current legends. No doubt it was the extraordinary richness of what we may roughly call Byzantine iconography of the Nativity which made its reign so long.

In the finest work, as in rough provincial productions, the same scenes, the same gestures are repeated with choreographic order. When sufficient space was available the whole Nativity cycle was presented, otherwise the scenes were restricted to the Annunciation, the Nativity, and Epiphany, and this cycle of scenes was made familiar in mosaic, in stone, in painting, gold, silver, ivory, and embroidery. A powerful spiritual impulse had produced a formula of vast range reaching from the homely to the heights of symbolical grandeur, a formula so highly charged with significance that it could lend distinction to even inferior compositions.


The Christian impulse had infused new life into all the arts, uniting them in the service of that wonderful synthesis which is the liturgy. The Nativity of Christ celebrated at the altar was represented on the walls, commented on in sermon and songs, and the dramatic representation of the Mystery became increasingly prominent in the Church services. Let us suppose ourselves back in some cathedral of Europe during the twelfth century: it is the Christmas season, and in the ceremonies of our Lord's birth we shall find the Christmas Crib.

THE Liturgical Drama of the West also developed from the homilies, but more immediately and obviously from the Tropes and Sequences in which Christian Latin poetry is so rich. This poetry went hand in hand with the wonderful flowering of Plain Song music: the Liturgical Drama was Music Drama, and to appreciate the full charm of the surviving texts one must hear them sung to their own lovely melodies. The early Nativity Drama took place either before or after Matins or even formed an Introit to the Midnight Mass, and for it a veiled picture of our Lady and the Child was placed on the altar, or alternatively veiled figures, a light doing duty for the Star.

The little scene was extremely simple, and it was acted by two groups of clerics representing the midwives and the shepherds. To the question: "Whom seek ye in the manger? This basic dialogue was varied and enlarged according to local taste, and the culminating point was reached when the midwives pulled away the veil from the picture or figures announcing the birth of Christ to which the shepherds replied with a threefold Alleluia. Again the scenic arrangement is of special interest to us in our search for the Crib, but it is not easy to be sure of details.

In later mediaeval times the altar did not always represent the manger, which seems to have been a movable object. In the vague stage directions it is generally mentioned as something so well known as to need no description.